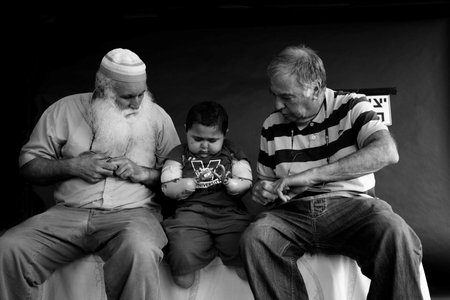 “Muhi – Generally Temporary” (working title: “By a Thread”) by Rina Castelnuovo-Hollander und Tamir Elterman will celebrate its world premiere in competition at the 60th San Francisco International Film Festival. The documentary is thereby one of the contenders of this year’s Golden Gate Awards.

“Muhi – Generally Temporary” tells the story of Muhammad (Muhi), a Palestinian child from Gaza and the son of a Hamas activist wanted by Israel. As a newborn, Muhi is transferred to Israel for treatment of a life-threatening condition. He was accompanied to Israel only by his grandfather. In order to save his life, Israeli doctors had to amputate Muhi's four limbs. Months turned into years, and Muhi, now six, has lived his whole life in the Israeli medical facility, confined to its premises for security reasons.

The documentary with support from MDM is an Israeli-German coproduction by Medalia Productions Tel Aviv and Neue Celluloid Fabrik based in Leipzig.