4 films with backing from MDM at Cannes film festival 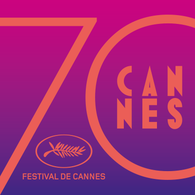 The Cannes film festival which will celebrate its 70th edition May 17-28 has revealed this year's official selection today. Among the titles to be screened in competition and the Un Certain Regard sidebar the festival has invited 4 productions with funding from MDM.

Hungarian filmmaker Kornél Mudruczó brings his new feature "Jupiters's Moon" to the Croisette. This marks his third time in competition following "Delta" (2008) and "Tender Son" (2010). "Jupiters's Moon" is the story of a young illegal immigrant who becomes a slave to his power to fly in a world where miracles are trafficked for small change.

With the Dostoyevsky-inspired feature "A Gentle Creature" Ukrainian born director Sergei Loznitsa returns to Cannes where both of his previous feature films "My Joy" and "In the Fog" were Golden Palm contenders in 2010 and 2012, respectively. His new drama revolves around a woman who travels to a prison in a remote region in Russia to find out what has happened to her incarcerated husband after a parcel she sent is returned without explanation.

The episodic film "Directions" by Bulgarian filmmaker Stephan Komandarev ("The Judgment") about six Sofia taxi drivers and their passangers will be presented in the Un Certain Regard section of the festival along with Valeska Grisebach's new feature "Western" which tells the story of a group of German construction workers on a tough job at a remote site in the Bulgarian countryside.