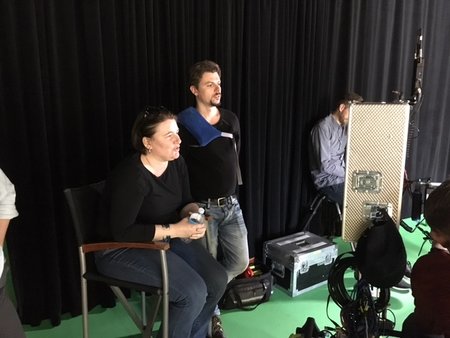 The screenplay follows Mara, a thirty-something Romanian single mother who works in the United States as a nurse. After she marries Daniel, an American, Mara wants to settle there, but when she tries to get a green card, a series of events makes her realise that the real America bears no resemblance to the one in her dreams.

The film with support from MDM is a Romanian-German-Canadian coproduction by Mobra Films, Halle based 42film and Peripheria. The shooting will be completed on June, 22, following Sound-Postproduction which will take place in Halle (Saale).